WILHELM PHILIPP: SELLING YOU THE DREAM Selling You The Dream is the latest zine by our good friend Wilhelm Philipp. It captures the hustle and bustle parade of the deal-makers throughout Melbourne’s CBD, which obviously struck a cord, because Will self published 40 of these bad boys and they’re all sold out. Scroll down to see what all the fuss is about and hear a little bit more from the man himself. 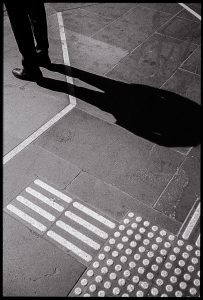 “Selling You The Dream was shot in Melbourne’s CBD before my 3-6 PM shifts at a butcher in Canterbury. I would head in most days wearing my butcher’s uniform, which consisted of a blue, navy and white polo purchased from an op shop and navy blue shorts. Both were covered in animal fat and bleach. My job was the dish pig, which basically meant I was responsible for cleaning everything in the shop. The process of cleaning actually became quite therapeutic. It used to give me a solid 3 hours to myself to think. My thoughts would always gravitate towards different series of photographs I could venture to create.” 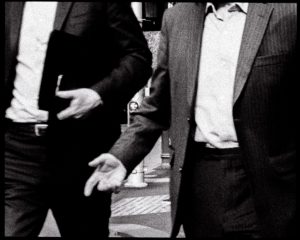 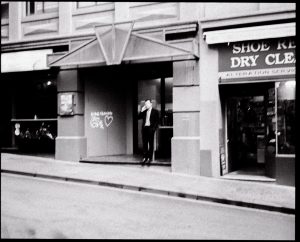 “I had nothing solid in mind, so I thought heading to the city would be the best place to wander and see what I could find. I had recently finished high school and was on the hunt for content for my first ever book. Starting work at 3PM would mean that I would head into the city around lunch time – this is where I first got caught up in the wave of ‘the suits’. Their sense of urgency was quite overwhelming. To me they were just going nowhere fast. There is something in me that feels extremely anxious when I am without real purpose, and to me these people exemplified this.

I became quite fascinated with this world of people who, for the most part, only seemed to exist in a concentrated area of a metropolitan city. Selling You The Dream is my attempt at documenting their natural environment.”